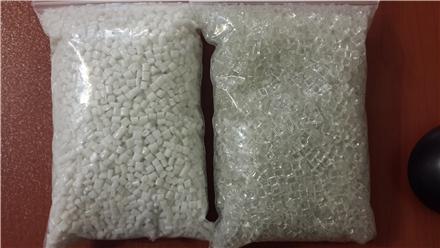 Since late May, polyester market turned into a weak note. The market was overtaken by supply/demand fundamentals, followed by cost.

BGPET chip presented an independent picture by virtue of different sales model. Since April, market presented favorable performances, with cash flow margins over 2,000 yuan/ton for a long time and once even reached 2,500 yuan/ton.

Driven by high profit margins, it was sourced that several makers started up new units, restarted old units or switched to production of BGPET chip. In late May, Jiangyin-based Chengold started up and commissioned its 600kt/yr new unit. It took time to yield AA-grade products and it was heard that some sub-grade goods from new capacities flowed to the market. Furthermore, Liaoyang Petrochemical switched production of its 100kt/yr film grade PET chip to BGPET chip. Due to long-time offline, products were under test at current stage and is expected to be supplied to Northeast China. On the back of increased supply, small-sized bottle blowing and sheet plants adopted cautious attitude towards purchasing while some traders offloaded goods at low prices to take profits. As a result, market spot prices fluctuated downward.