In English “Bale” refers to a mass of paper, wheat straw, or fodder, which is compressed by farmers or machines call as “Baler”, in a special shape and form of squire or circle which has been named as (Adl) in Persian. Usually, these square or rectangular masses are tied with ropes call baler string wrapper. 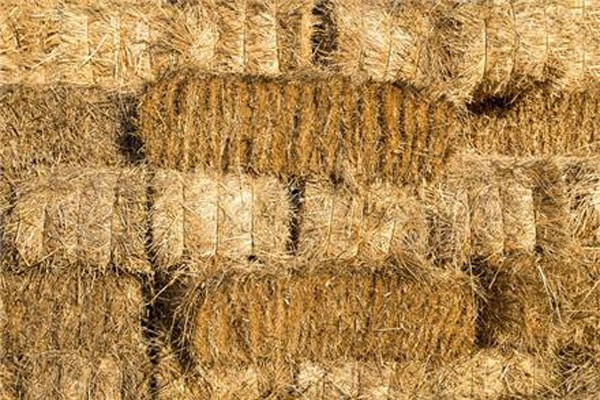 Baler twin can be either natural or synthetic:

Natural Baler twin are mostly “Sisal“. Sisal fiber is a kind of leaf which is found in the central America. Brazil, Tanzania and China are the biggest producers of these fibers in the world. Sisal fiber is very long and it can be presented in cream, yellow, green, brown, or red color.

Baler twine can also be produced from synthetic material. Polypropylene is the most useful material in producing synthetic Baler twins. Propylene is an “extra polymer” thermoplastic polymer, which is fabricated by the combination of propylene and if it exposed to UV light like the Sun, it has a low dissociation rate

One of the main features of the Baler twine refers to its color. The thread has to be colored in order to be clearly defined in bales

According to the application of these threads, their counts can range from 12,000 to 100,000. Denier is the measuring unit of the thickness of silk fibers, a 9000 meter stand of silk weights about one gram. so the greater the number of count (denier), the thicker the silk.

The Baler twin has some advantages over the Sisal thread, which is mentioned below:

.It will not be rotten and it is easy and comfortable to be knotted

Although the synthetic Baler twine is better, it should not be forgotten that synthetic materials are generally not environmentally friendly.